Our 2021 Q3 report highlights some of the milestones from client engagements over the past three months. As we get closer to COP 26, investor action on climate change is becoming an active priority. Learn more about some of our recent engagements on oil and gas, net zero, as well as progress on racial justice and garment workers’ rights.

Following a summer of catastrophic weather events, and a “code red for humanity” issued by the world’s climate scientists, 587 investors worldwide comprising $46 trillion AUM, are urging governments to rapidly implement five priority policy actions that will allow them to most effectively invest to address the climate crisis.

“Investors are a critical voice in shaping our country and our world’s response to climate change,” said SHARE’s Associate Director of Climate Advocacy Jennifer Story.

“If we are to avoid climate catastrophe, we need both investment and policy alignment with a pathway that keeps warming below 1.5 degrees. There is still time, but there is no time to waste.”

SHARE has signed this statement on behalf of its engagement clients, urging Canada and governments around the world to take specific steps in the leadup to the global climate summit in Glasgow:

1. Strengthen their NDCs for 2030 before COP26, to align with limiting warming to 1.5-degrees Celsius and ensuring a planned transition to net-zero emissions by 2050 or sooner.

2. Commit to a domestic mid-century, net-zero emissions targetand outline a pathway with ambitious interim targets including clear decarbonization roadmaps for each carbon-intensive sector.

3. Implement domestic policies to deliver these targets, including the removal of fossil fuel subsidies, the phase-out of thermal coal, the avoidance of new carbon-intensive infrastructure and the development of just transition plans.

SHARE will continue to work closely with our responsible investment partners to articulate the policy gaps and solutions needed for effective action in Canada, and beyond, and will reassess its approach to policy advocacy on climate following the Glasgow Summit. 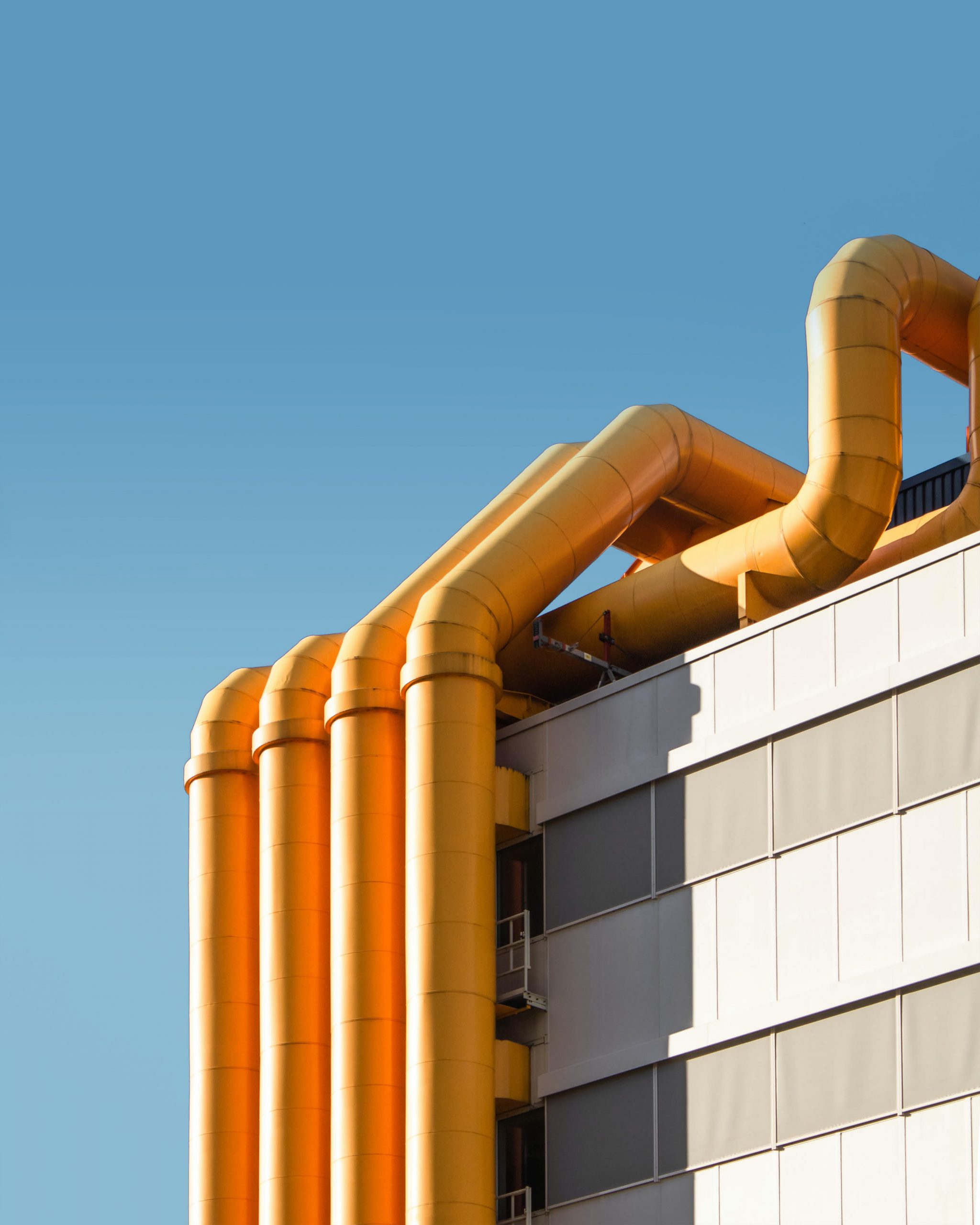 Investor engagement through the global climate investor initiative CA100+ has made a substantial impact on the trajectories of many companies and sectors. In the oil and gas sector it has helped facilitate net zero commitments and transition plans.  But not all of these plans have been credible nor have they necessarily been rooted in science-based targets and credible pathways.

In order to evaluate and, where needed, push for higher quality transition plans in the oil and gas sector, the International Investors Group on Climate Change, the Transition Pathways Initiative and others have recently come together to publish a “Net Zero Standard for Oil and Gas.”

The standard in effect takes the objectives measured by the CA100+ net zero benchmark and provides supplementary detail on how to apply and measure progress within the specific context of oil and gas production. effectively elaborates on how to set ambition and measure progress on the CA100+ net zero benchmark. A few highlights:

SHARE will use this enhanced framework in its upcoming conversations with Canadian oil and gas companies, and through its ongoing work on CA100+ engagements.

READ: Investors need to do their part (Morningstar)

October 14 marked the official launch Climate Engagement Canada (CEC) – a finance-led initiative that aims to drive dialogue between the financial community and Canadian corporations to promote a just transition to a net zero economy.

SHARE is pleased to announce it will be the engagement secretariat for this initiative, coordinating participants in collaborative engagements with the top emitting companies traded on the TSX. SHARE is joined in coordinating this initiative by the Responsible Investment Association (RIA), Ceres, and The UN Principles for Responsible Investment (PRI) is also supporting the program.

The initiative has also leveraged strategic leadership from Barbara Zvan, who served as a member of Canada’s Expert Panel on Sustainable Finance.

The CEC’s development was inspired by Canada’s Expert Panel on Sustainable Finance, which in 2019 made a series of recommendations to align Canada’s financial system with a low carbon future. One of the Expert Panel’s recommendations was to establish a national engagement program, akin to the global Climate Action 100+ initiative, to drive a broader and more consistent dialogue with Canadian issuers around climate risks and opportunities. Climate Engagement Canada is that program.

“Climate change is a systemic challenge for investors and capital markets as a whole,” said Kevin Thomas, CEO at SHARE. “It can’t be avoided, it can’t be hedged against, and it can’t be solved at an individual portfolio level. It requires ambitious, persistent collective action at a larger scale and faster pace. We’re bringing together the whole of the corporate balance sheet – shareholders, lenders, insurers, and others – to set a course for the biggest transition of our lifetime.” 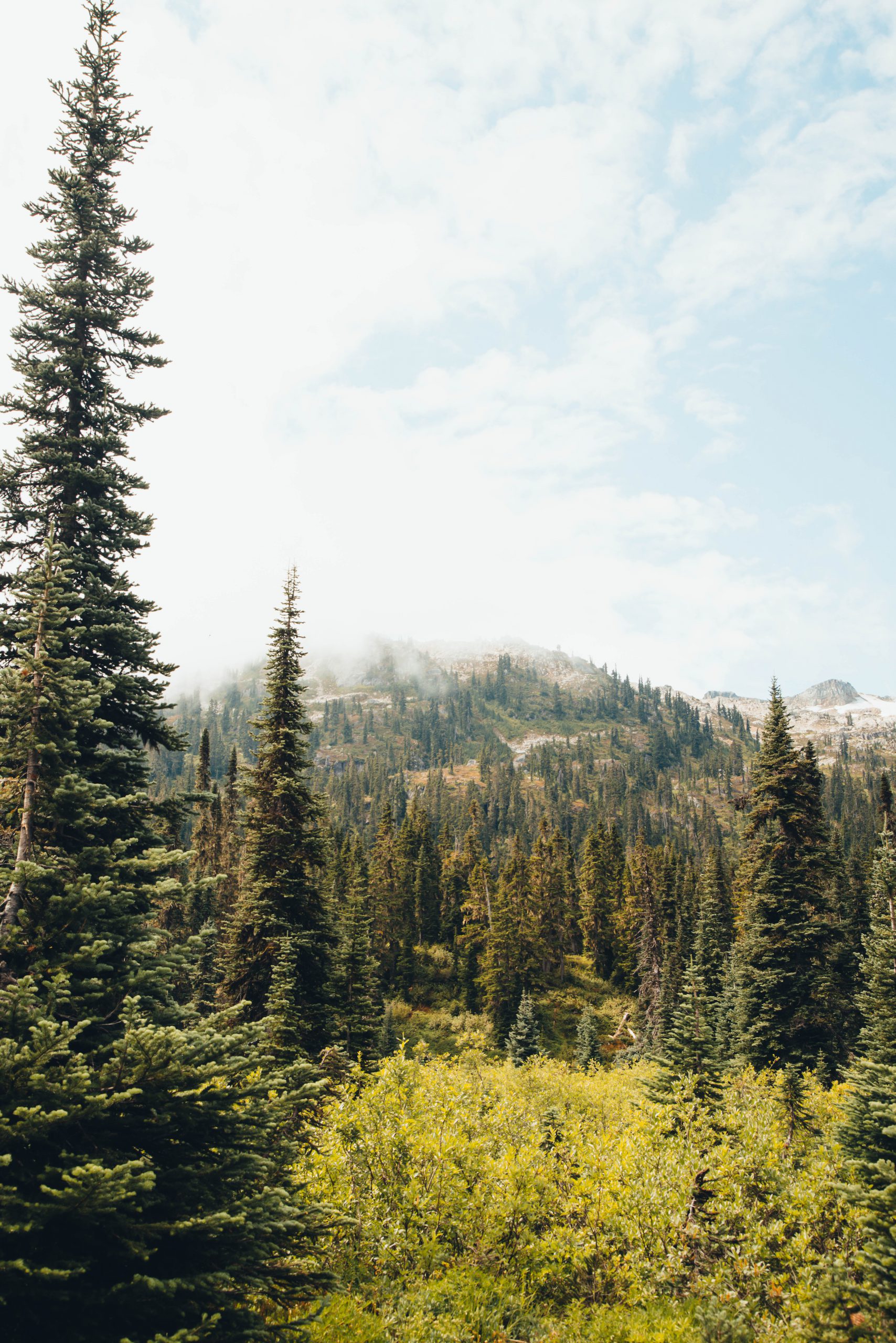 Investors often talk about the “systemic risks” they face. Among these risks is systemic racism: the structures, policies, norms and practices, that, intentionally or not, embed racism into our every day lives. Just as investors can’t avoid climate risk through portfolio changes alone, the risks of systemic racism are baked in throughout the economy.

SHARE Engagement and Policy Analyst Juana Lee has led a series of engagments with Canadaian and U.S firms that are,  according to Director of Shareholder Advocacy Anthony Schein, “a key investor tool to address racist outcomes in portfolio companies.”

As investors continue to call on companies to adopt more robust anti-racist policies, practices, and initiatives, SHARE has started to see commitments from U.S. and Canadian companies to address racial inequities in the workplace.

In 2021, SHARE prioritized engagements with 44 companies from all different sectors to understand the current corporate racial justice landscape. Lee framed these engagements around growing investor expectations around racial justice, including issues on board diversity, racial pay equity, workforce disclosure, and racial discrimination and biases in products and services.

According to SHARE’s manager of Corporate Advocacy, Sarah Couturier-Tanoh, the work is starting to show promise.  “In our dialogue, Canadian and U.S. companies are beginning to publish more transparent workforce equity data disclosure.”  Out of the 29 companies that SHARE had dialogue with, 21 companies have now provided some disclosure on the percentage of racialized employees in its workforce in at least one country where it operates. However, there “continues to be a lack of progress in disclosing other DEI metrics and workforce equity data, including key data related to the outcomes of a company’s DEI programs and the racial pay equity ratio.“

SHARE has also found that Canadian and U.S. companies are lagging in efforts to meaningfully advance racial justice in their products and services.

In this context, SHARE’s work will prioritize improving oversight and transparency on companies’ use of algorithms and big data that may perpetuate racial discrimination and biases as well as improving workforce equity data disclosure so that investors are able to compare, understand, and assess the effectiveness of companies’ DEI programs, policies, and practices.

Schein added: “We are eager to continue our work, and push companies for more ambitious and time-bound commitments to advance racial justice. “

READ: Moving Investors from the Specific to the Systemic (Clean50 Awards) 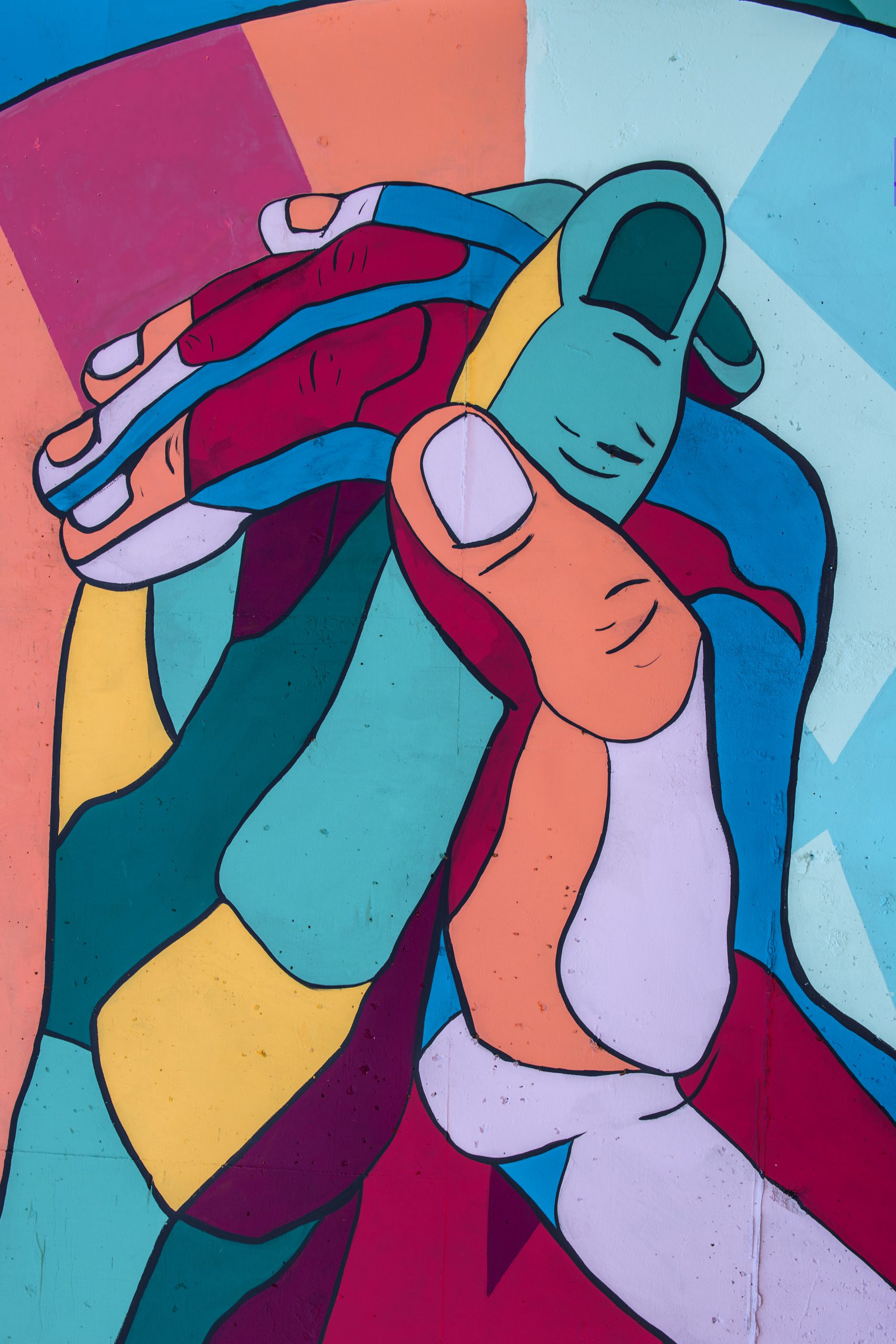 Earlier this year, the international governance mechanisms of the Bangladesh Accord—a binding agreement between global garment brands, global union federations and Bangladeshi unions—were scheduled to expire at the end of May.

The Accord has been known for vastly improving the building and fire safety infrastructure in Bangladesh’s garment industry, and putting worker training and grievance systems at the centre of the model. With the expiration fast approaching, the Accord’s key parties signed an interim three-month agreement and began negotiations to re-invest in a new system. When the Accord’s future was in doubt, SHARE quickly began company engagements to progress negotiations.

Reaching out to the leading organizations involved in developing the original Accord, critical players on the company side, as well as the fourteen former Accord signatory companies that are held within our client portfolios, we discussed the future of the Accord, emphasizing the historical and continued value of the agreement. We were able to make investor expectations clear to company executives, and advocate for a positive outcome that protects workers lives and rights at work.

In late August, 2021, a new International Accord was established which meets current investor expectations.

A total of 126 companies have signed on to the International Accord so far, and list continues to grow.

The model of the Bangladesh Accord will now be expanded to other countries where reforms are needed. This is a significant achievement for garment workers who have been calling for safer workplaces for many years. SHARE will be evaluating client portfolios for further opportunities to support the important work of this now-global initiative.

Learn more about the International Accord 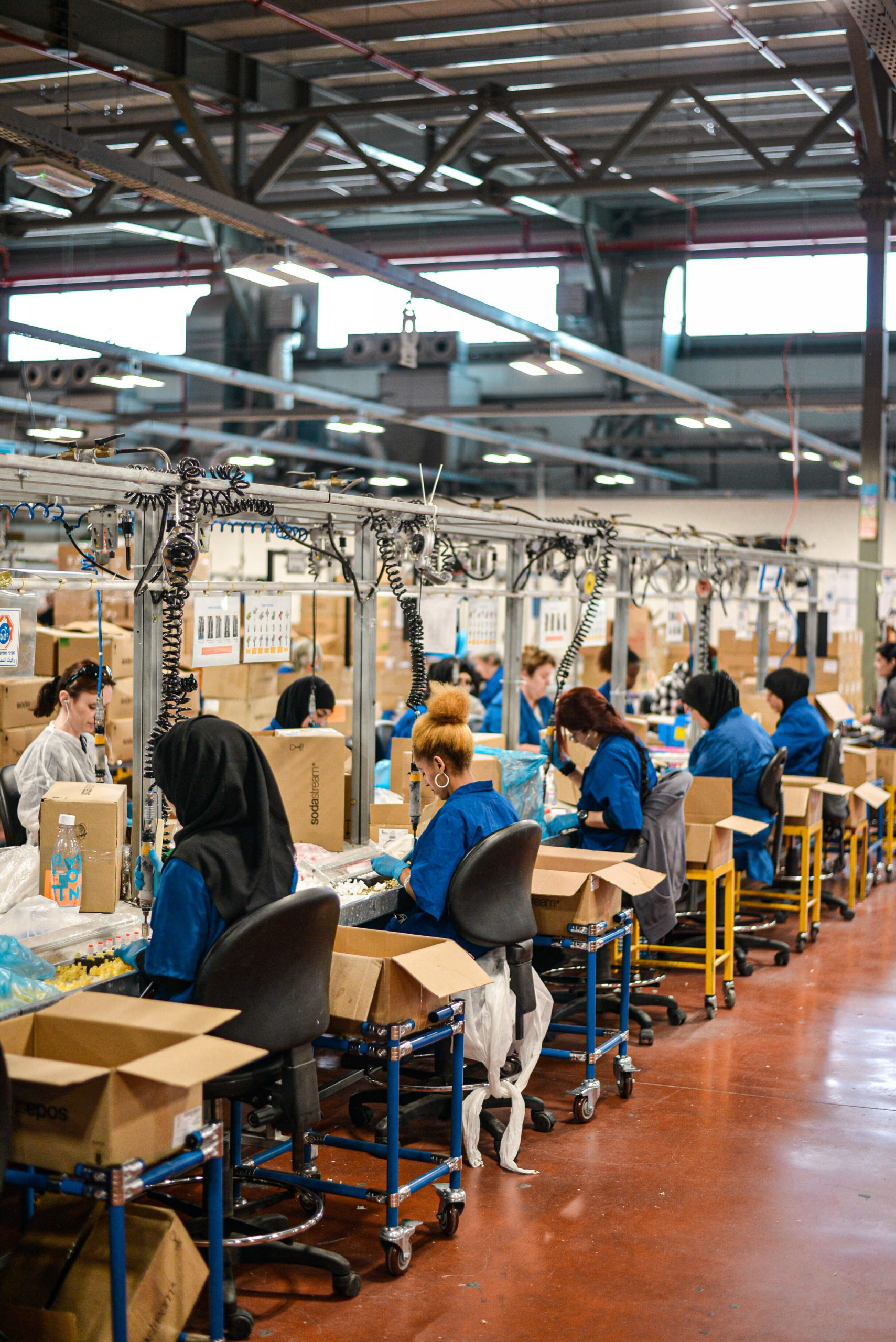 Shareholder engagement is a responsible investment strategy that enables investors to use their voices as shareholders to support better corporate sustainability policies and practices.